Steal from friends, strategize against your enemies, and play as many cards as possible to win!

Domaniacal is a competitive, strategy-filled domino card game for 2-6 players. Players take turns drawing cards and playing as many as possible. Watch out for sneaky friends though; they may just steal your cards and ruin your strategy!

Domaniacal raised over $2,500 on Kickstarter, and now the game is out! 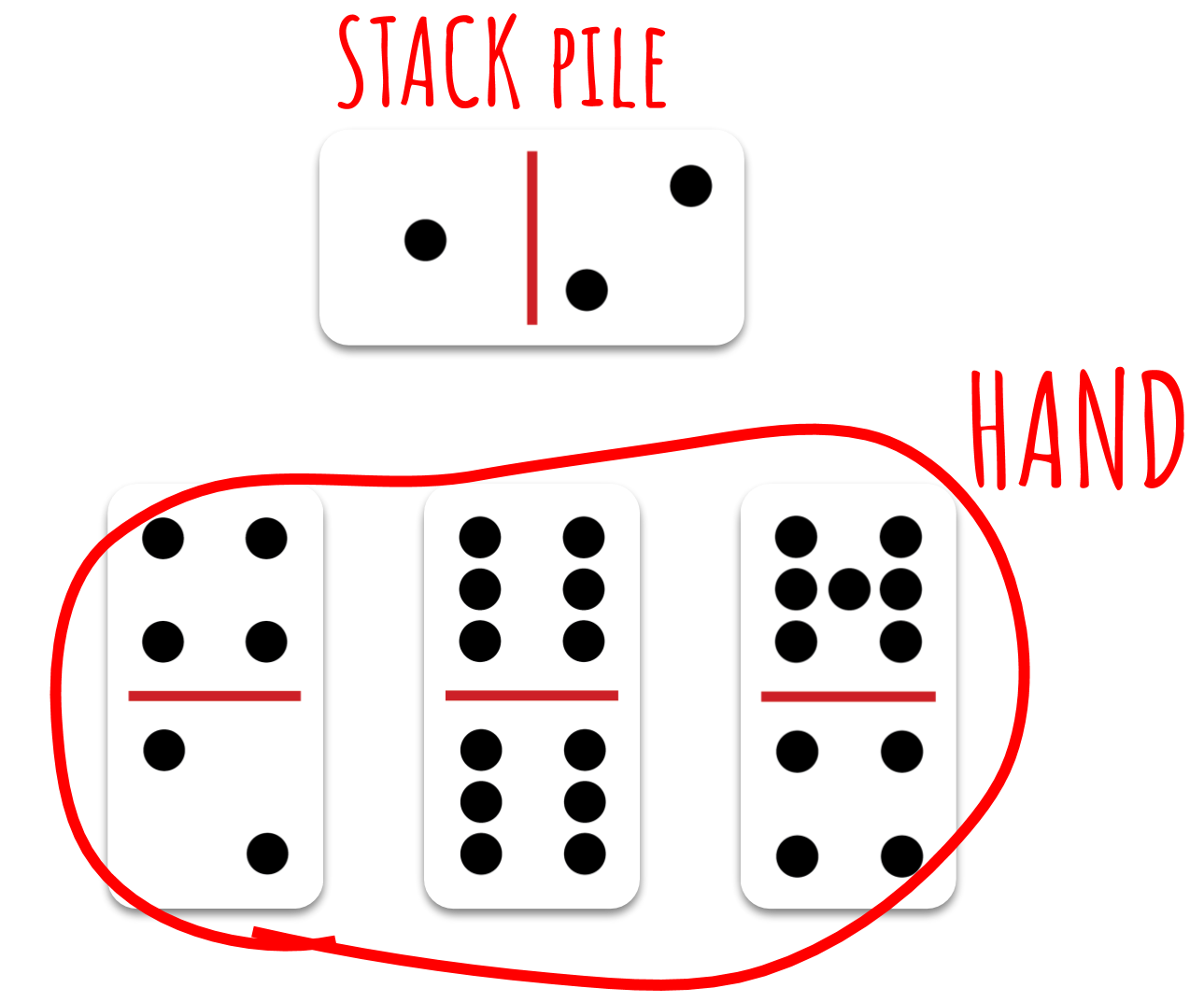 Choose a dealer to shuffle the deck and deal 4 cards to each player. Place the remaining cards in the center as the draw pile.

Pick 1 of the 4 cards dealt to create your STACK pile. Place this card face up horizontally, as shown. Place the remaining 3 cards in front of you, separate from your STACK pile, so that you can see each card. These are your playable cards (your HAND).

The player to the left of the dealer starts the game. Begin each turn by drawing 1 card from the draw pile and adding it to your HAND, placing it next to your playable cards.

On your turn, stack as many cards as you would like from your hand that matches one domino side to the previous card onto your STACK pile. You do not have to play every card, and you can even play no cards if you want.

Once you are satisfied with your turn, or run out of playable cards, announce the end of your turn and move play to the next person (usually clockwise, but it doesn't matter). 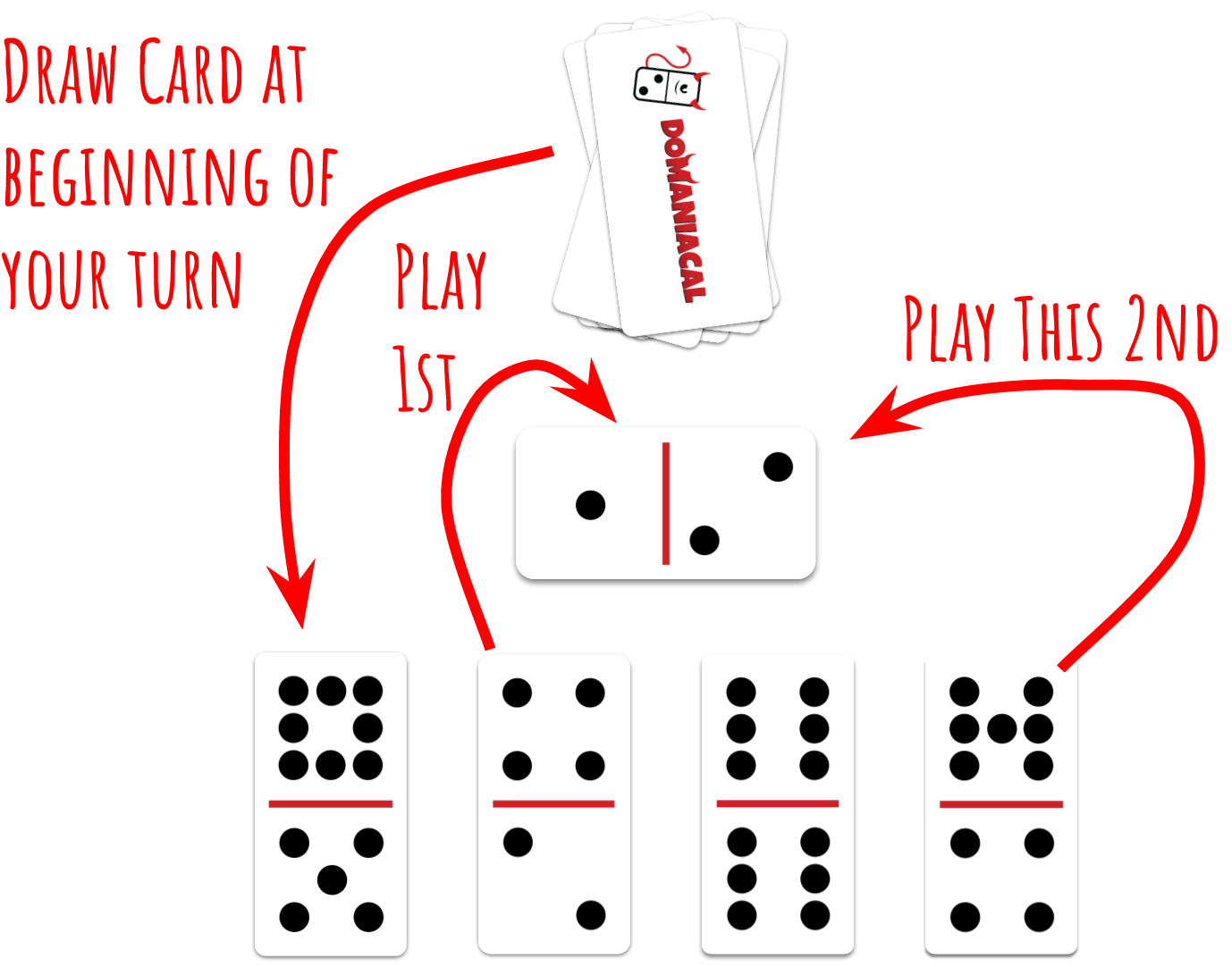 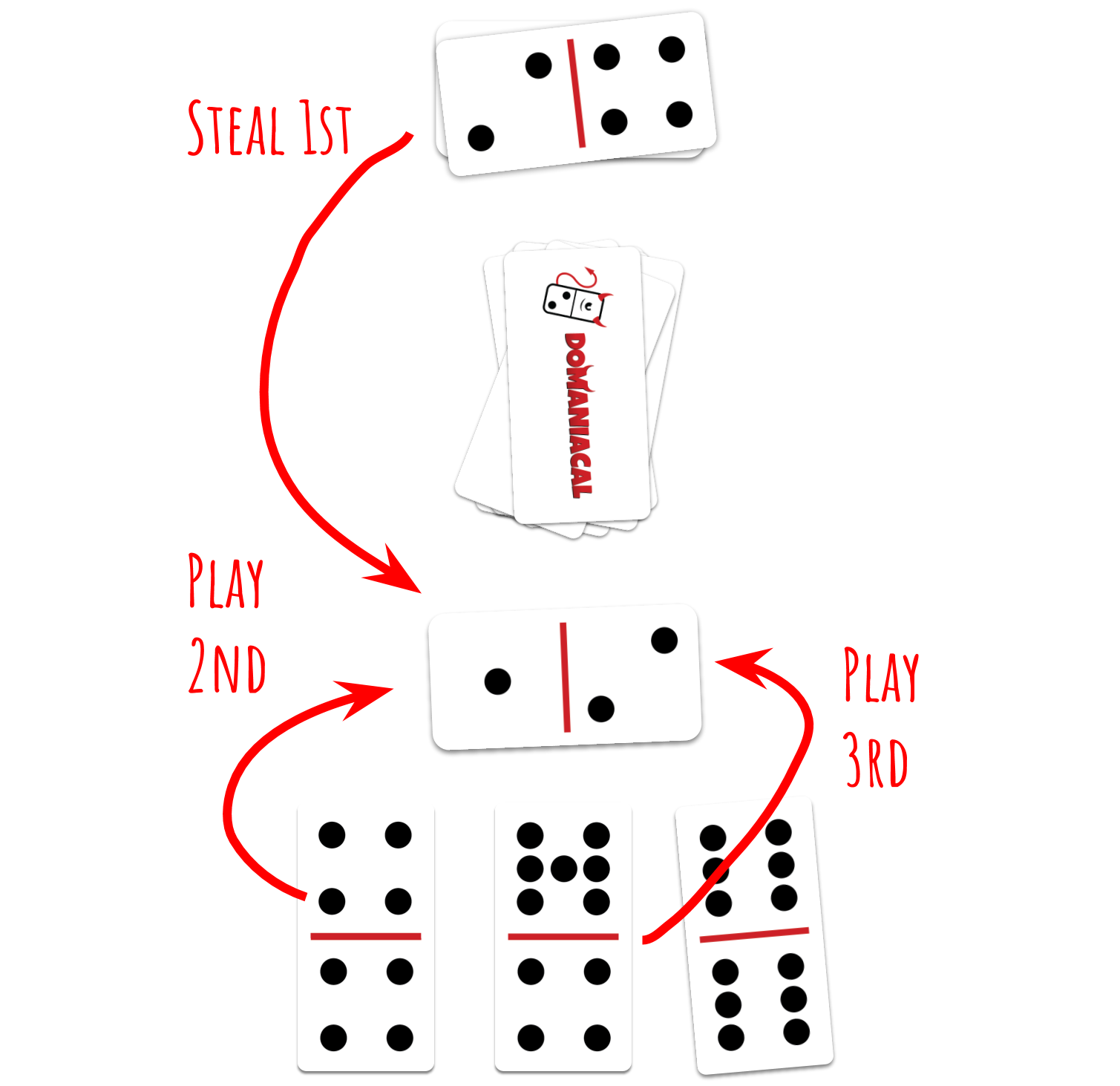 If, at the beginning of one of your turns, all cards in your STACK pile have been stolen, draw a card and choose any card from your HAND to restart your STACK pile.

Keep playing until the draw pile has run out. When it has, continue playing without drawing, letting players play, or steal if they can. Skip over any player who has no playable or stealable cards.

Once all players are out of playable cards, the game is over. Count up the cards in your STACK pile. The player with the most STACK cards wins!

You can download and print out the PDF version of the rules here. If you have any questions during gameplay, view some of the resources below or contact us! 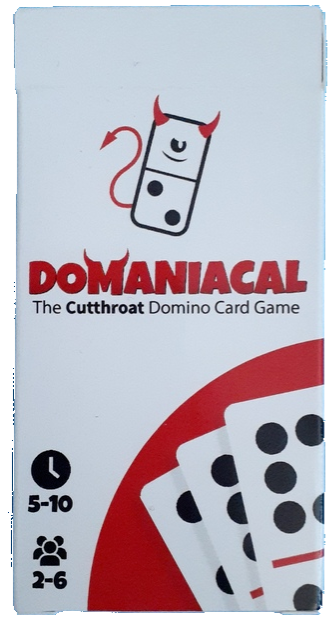 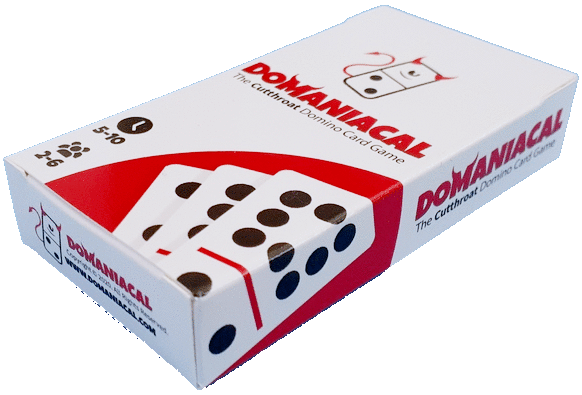 Looking for a new game to play? Ready to defeat your friends and enemies in an all new, fun strategy game? Sounds like Domaniacal is right for you! After raising over $2500 on Kickstarter, Domaniacal is now for sale!